Find Us On Social 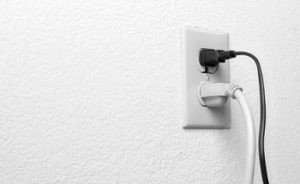 The electrical wiring in your Farmington home isn’t usually something you think about until you attempt to use an appliance without success, and outlets are often to blame for these electrical problems. These complications often present serious hazards, so contacting an electrician is a wise choice.

Call an Electrician if You Have . . .

Get Social With Us

We use cookies to ensure that we give you the best experience on our website. If you continue to use this site we will assume that you are happy with it.Accept